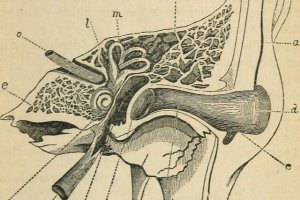 For the music of Awen (edit 21/01/20: now Awyn) I had to dig into my own past. We've written mainly new music, but because of how we started out as a duo, I considered it necessary to use old material as a source and as inspiration. Even though it is normal that people forget, I was surprised how much I actually had forgotten. So I kept on digging.

Along the way it became clear how my current way of thinking has been created, changed or, remained the same, wrapped in other words or painted in different colors and of course expressed in different sounds. But most of all, while digging through piles of letters, diaries, recordings, pictures and videos, it struck me how vivid the emotions came back but how difficult it was to visually remember things. At times the border between the memory of a feeling and the feeling itself blurred out. In other words it made me wonder if there actually is a difference. Or is that emotion still present, only hidden underneath the other layers of new feelings and emotions that keep coming? I still don't have the answer.

We used some of the old material, in the form of sounds of people, sounds of surroundings, actual music and text I've written, some from over twenty years ago, alone or with other people. Here is an example in the following snippet:

While talking to some of these old friends I realized that many dismiss what they experienced and what they felt those days in two ways. One way is that they consider them as 'childish', because of all the experience they've gathered over time. The other way is that they experience it as too confronting today and that they are actually afraid of it. They don't like talking about it, they keep these emotions hidden, or try to push them away. Sometimes the first reason acted as a 'front' for the second reason. In either case it's not a judgmental observation. Both probably are right and they have their reasons. Of course there are things I don't want to talk about too, and yes of course I've done things I now consider as 'childish'. But that shouldn't be a reason to push these memories aside.

Another aspect popped up now and then. Why should we think about 'then'? It is of no consequence of our lives today, even less for what happens in the future. I've got a different question. If these experiences and emotions have enriched our lives so much, why not keep them along the ride? Obviously there is a difference between 'bad emotions' and 'good emotions' and that we want to remove, or cut out the bad ones. But these made us who we are today too. On top that that, when things are unresolved it just keeps lingering concsciously and/or subconsciously in your mind.

Now more about the musical aspect. There is a striking resemblance between 'emotion' and 'music', regardless of technical composing skills or of 'inspired playing' by the musicians. It's the intangible aspect. We can't touch our emotions, yet they are real. Perhaps that is why, for many, music is the way to go to 'remember emotions', suddenly flying back to an otherwise long forgotten moment. And here we come to the problem of 'time'. Music is elusive for most, but so are emotions. If they weren't you wouldn't get the experience I've just described. Yet somehow both remain in some form in our minds and can be recollected and triggered by each other.

There is an important element that often is overlooked when we talk about music and emotions. Emotions are personal and unique, music is not personal and always has general features that are present in all music. Yes, every song may appear personal but the simple fact it can be listened to by multiple people makes it impossible to be perfectly unique. On the other hand, I don't know anyone who, as an empath, exactly feels what I feel. It may be so that everyone experiences emotions equally, but nobody knows. In any case it is very improbable. Emotions are connected to our physical being and each and every one of us is physically unique.

But music can trigger emotions which seem similar among several people, we can recognize it by the way we act. It can be dancing, crying, laughing, fighting, etc... It can create a bond among people. How is music able to have this effect? If you think a bit deeper about it, it is the opposite way. It's not the music itself, it is the social and cultural context. We train ourselves to behave a certain way because we see others do it. It is a cultural bond. When we are immersed in music at a party, we make a link with what happens to the music. We make associations, if we want it or not. Of course this happens in a negative way too. Do the exercise yourself. Think of a type of music you really can't stand and try to figure out where this 'dislike' actually comes from. You might not remember, but if you do, chances are you'll connect it to emotions for people, things, places or situations. And then there is personality too. Each and everyone reacts differently, hence creates different emotions and connects them differently to different music.

And there still is the quality of music, which is completely different from 'taste'. Quality is about how it is made, the technical skills of the musicians, the know-how and creative use in composing a piece. Surprisingly it has nothing to do with 'if we like a song or not'. I too know songs which are of terrible quality, but which I like very much. It is only because of the emotional connection. Because I teach guitar and music, I often get requests like, 'Can we learn this, or that song?' I admit it, sometimes I wonder 'Oh why this horrible song?' But I do it anyway, without showing it, and no, I won't tell which songs these are :-) . On the other hand there is contemporary classical music, which has an immense internal quality, in terms of concept, knowledge, creativity, artistry, but few enjoy it. It does show however that we do attach emotions to inherent quality too.

Now we can connect the dots. We have music associated to emotions, which can in turn trigger these emotions. In mainstream music this has been studied by producers, the big shot record labels, composers, even regular bands with the ambition of conquering the world. And we cannot forget the latest evolution, it's hard to believe, but it is there: AI. Yes, there is actual Artificial Intelligence being created, or 'teached' how to make music, without direct interference by humans. And it works! They all search for what is triggering emotions for most people. It is obvious that people who connect with that music on an emotional level are the future buyers of these albums. My problem with it, is that these characteristics end up being confused with 'quality traits'. So when someone creates music which expresses emotion on an individual level, it has little chance it will be sold to many. If a musician wants to express an ugly emotion, I'm quite sure it won't sound 'pleasing'. It most probably should sound quite 'ugly'. But that does not sell. And yet that music can be so much more interesting. I've read countless blog posts about writing music in 'this or that' style, even 'mastering audio' to get the perfect mix in 'this or that genre'. I ended up throwing it all away because it all focused on one thing, and it kept repeating: if you want metal-heads in your public, produce it this way, with these settings, and these effects. Write your music with these progressions, those kind of melodies and these intervals. If you want folk-fans, use these scales, modes and chords, and mix it with these and those settings, etc.

But that's not about 'music', it's about how to make a song that connects to that specific type of listeners because those traits have the most chance to trigger the required emotions to get them to buy your album. And no it is not bad that you want people to buy your music. I'd love that too! But sticking and limiting to these so called safe boundaries... I don't think that's very rewarding on a personal level, and it brings the musical world in a kind of 'stagnant' state. Even worse, it limits others to that tiny frame of sounds.

Does this mean musicians have to keep searching to what might be 'new' to be inventive? No! Then chances are someone has already done it. It's not because we don't hear it on the radio that it does not exist. Instead of comparing to other music and pinpointing to a style or genre, search for uniqueness in one specific direction. There is only one unique element in music for the musician to use: the musician and their own emotional world. If they truly try to express their own emotions by creating their own musical language, they automagically invent new things. And yes, elements of a specific genre can be heard, yes wide spread composing techniques can be used, but in my opinion for only one purpose: they have to reflect what the musician wants to say.